Anne Zola: Research on the Effect of Self-Objectification on Womens Cognitive Performance 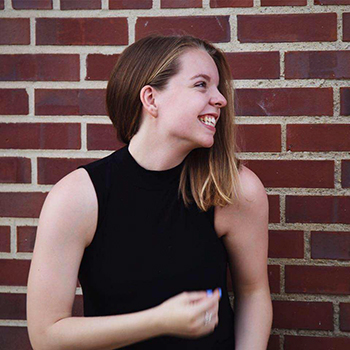 In our culture, women are frequently objectified, that is, treated as simply body or body parts to be used for the pleasure of others. My research focuses on the negative psychological effects of this objectification and what happens when women internalize an objectified perspective of their bodies. This is often referred to as self-objectification—treating oneself as an object to be evaluated and looked at by others. This past summer I examined how self-objectification could affect women’s cognitive performance. Specifically, I investigated whether thinking of their bodies as objects would distract women from tasks requiring a lot of attention.

My goal for this project was to create an experimental study that could determine if self-objectification really does influence women’s cognitive performance. Crucially, I needed to recruit a large enough sample size to detect the proposed effect. Therefore, an estimated three hundred and fifty women will have participated in this study by its completion. Participants are randomly assigned to one of three conditions with varying levels of objectification. In all conditions, women are asked to complete an attention- intensive math task. I hypothesized that women who are assigned to increasingly objectified conditions will perform worse on the math task because they will be distracted thinking about how their body looks.

The study is still ongoing. This past summer, I began recruiting participants and submitted a time-locked pre- registration of my methods and hypotheses to the Open Science Framework—a scholarly commons to connect the entire research cycle that helps makes research reproducible and verifiable and assists with version control. It was important to me to commit to the highest standards for psychological research, such as collecting a large sample size and pre- registering the project.

I hope that this study sheds light on how the objectification may affect women’s daily lives. If objectification impairs women’s cognitive performance, continued experiences of objectification could have cumulative negative effects. Additionally, I hope to present my findings at a psychological conference in the spring and submit my results to a peer-review journal. I am very grateful for the summer grant, as it gave me the opportunity to design a large-scale study and continue my training as a psychological scientist.